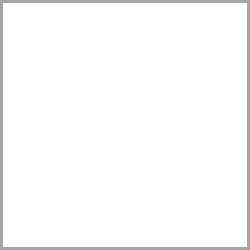 At the age of four, Jordan Loiselle was having severe asthma attacks almost once a month. His dad Eric says his son was always struggling to breathe; even his sleep was disrupted because of a build-up of phlegm that would literally choke him and then trigger vomiting. Jordan's asthma also made him very lethargic. His physical activity often did not go beyond playing card games on the couch.

After one particularly severe asthma attack, Jordan ended up in the Emergency Department of The Montreal Children's Hospital of the MUHC. There doctors and nurses helped restore his breathing. More importantly, they also referred him to the hospital's Asthma Centre.

After examining the little boy, Dr. Francine Ducharme, director of the Asthma Centre Research Program, recognized that Jordan had severe inflammation of the bronchi. In other words, he had unrecognized persistent asthma that was affecting his daily life but was perceived as intermittent severe asthma attacks. However, Ducharme knew that as with all children with asthma, Jordan could live a normal healthy life and his asthma could be well controlled.

It took at least six months to completely reverse the inflammation that had built up in Jordan's lungs over the last few years. Early during this period, Jordan's parents saw a rapid change for the better. He was no longer missing school. However, the five-year-old did develop behavioural problems during the process, as the drugs made him excitable and resulted in him acting out or having tantrums.

Ducharme reassured Jordan's parents: these kinds of outbursts would only be temporary. "As the airway inflammation disappears, we will be able to taper his dose to the minimum that will maintain him well," says Ducharme. It was true. The dose that keeps Jordan's asthma under control no longer affects his behaviour. He hasn't had an asthma attack in the last two years. Now seven, he plays soccer and runs around the field without a problem.

For Ducharme, getting to the bottom of Jordan's medical problem was important. Part of her mission has been to convince parents that asthma is a chronic disease that requires daily attention, not "stop and go" treatment; it is a condition that can be well controlled and should not have an impact on a child's life. She says parents who see their children coughing, having difficulty breathing or wheezing with activities and/or laughing, even if it does not look worrisome, should take their children to their doctor. Even more so if these symptoms limit their physical activity. If needed, the doctor will refer them to an asthma specialist. Children shouldn't have to live with a condition that limits their daily life - they should be able to play and laugh like all children.