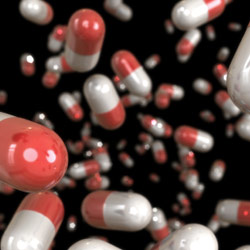 Sunday, September 28, 2008 - 17:13
A new study casts doubt on whether doctors should give antibiotics to healthy women in premature labour -- a common practice to delay pre-term delivery.

Researchers say a woman in premature labour who shows no sign of infection, and whose water has not broken, should not be given antibiotics because it may harm the baby.

The study found that women who do not have obvious signs of infection but who are given either erythromycin or co-amoxiclav during pre-term labour have a higher risk of having a baby with brain function impairment or cerebral palsy.

Brain function impairment can include symptoms such as poor vision and speech, difficulty walking and problem solving and struggling with daily activities.

The research was led by Dr. Sara Kenyon of the University of Leicester in the U.K.

The findings are part of the Oracle Children's Study, which is published in two articles in the early online edition and an upcoming issue of The Lancet.

A woman who is in premature labour, yet whose water has not yet broken and doesn't have an obvious infection, is often given antibiotics to delay or prevent premature birth and improve the health of the newborn in the first few weeks of life.

The findings of this study call such a policy into question.

"The lessons to be learned seem clear; contrary to popular opinion ('might as well give them, they don't do any harm'), antibiotics are not risk-free," Professor Philip J. Steer of Chelsea and Westminster Hospital in London and Dr. Alison Bedford Russell of Warwick Medical School wrote in an accompanying editorial.

"There are good reasons not to give them in association with threatened preterm labour unless there is clear evidence of infection. It is vital the practice is not extended by stealth beyond that which is justified by the evidence, and interventions given in pregnancy should always be evaluated with proper long-term follow-up."

Studies known as the Oracle I and II trials, completed in 2001, were designed to determine if possible infections in women who were in premature labour could be successfully treated with the two antibiotics.

Mothers-to-be received a placebo plus erythromycin, placebo plus co-amoxiclav, both antibiotics or a double placebo.

The Oracle Children Studies I and II were conducted to assess the children born to these women at seven years of age for any long-term health effects.

In Study I, researchers compiled data from babies born to nearly 3,200 women. They found that children whose mothers received erythromycin had an 18 per cent increased risk of having functional impairment compared to babies born to mothers who did not receive erythromycin.

The drug co-amoxiclav did not influence the proportion of children who developed functional impairment.

In Study II, researchers found that giving erythromycin to women whose water had broken but who had no obvious signs of infection reduced the infant's risk of death.

When erythromycin was given to this group of women it did not increase their children's risk of functional impairment, cerebral palsy or behavioural difficulties.

These findings suggest that antibiotics should still be considered safe for women who have already had their water break and for women with obvious signs of infection.