Code Orange Simulation at the MCH and MUHC 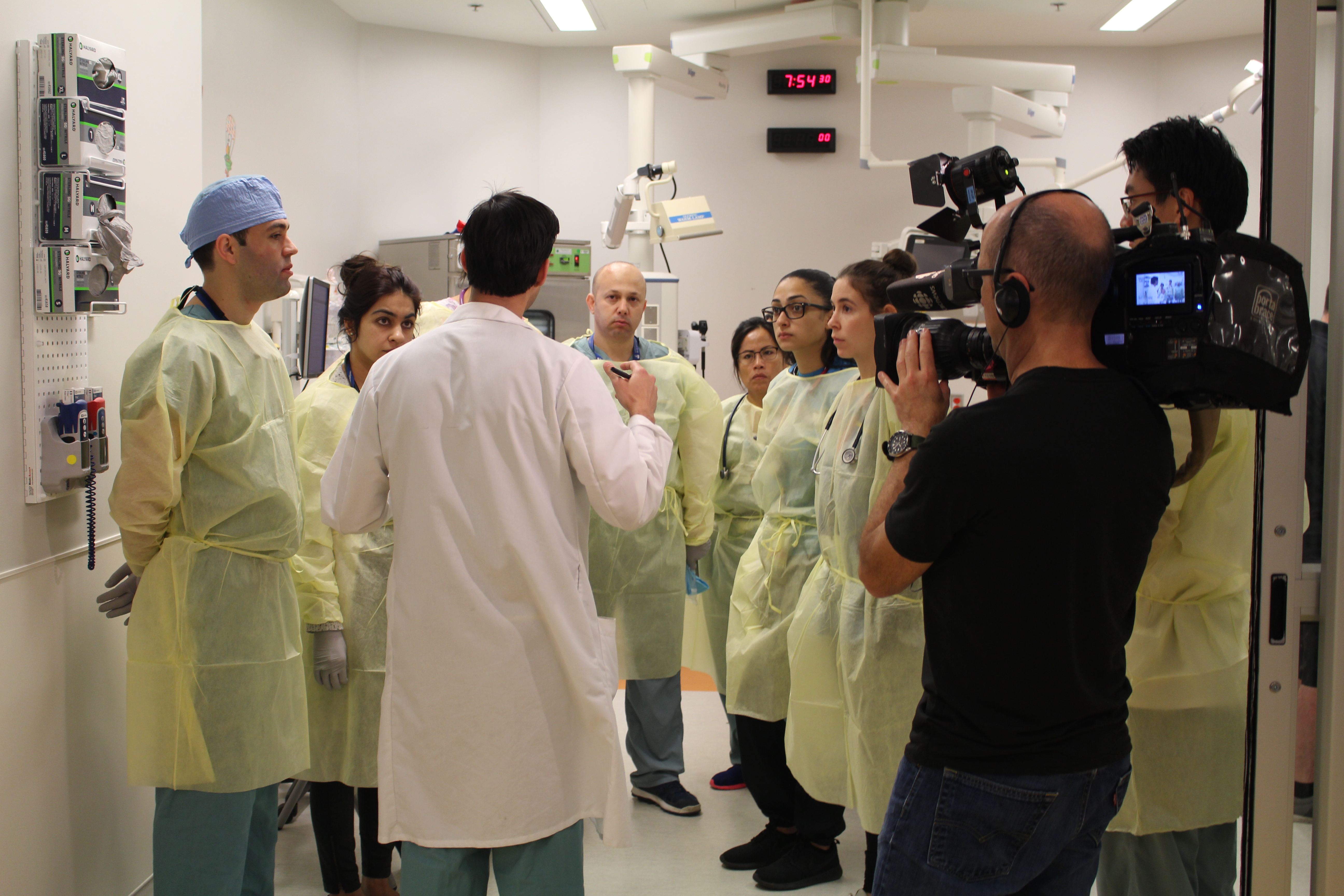 On October 18, 2018, the McGill University Health Centre (MUHC) took part in one of the largest, most complex Code Orange simulations to date on Thursday, with the Montreal Children’s Hospital (MCH), Montreal General Hospital (MGH) and the Royal Victoria Hospital (RVH) among a number of Quebec health institutions going to enormous lengths to test their responses in a major crisis situation.

The Code Orange was activated at 7:35 a.m. by the Coordination régionale des mesures d’urgence, de la sécurité civile et de la liaison avec les salles d’urgence (CRMUSCSU) of the CIUSS du Centre-Sud-de-L’Ile-de-Montreal after a hypothetical driver plowed into a crowd of people before firing randomly on bystanders, who were rushed to hospitals. The response to this mass casualty situation and its strain on the supply of blood products from Hema-Quebec were key points in a scenario that tested many elements for the first time: The Medurge Emergency Department patient information system; the ability to run several massive blood transfusion protocols simultaneously; and the maintenance of normal operations while receiving pediatric patients at adult sites.

At the MCH, a full-fledged Code Orange simulation overtook the Emergency Department (ED). Twenty pediatric mock patients with varying degrees of traumatic injury, including children in need of massive blood transfusions, were transported to the Children’s. The fake patients were played by actors and mannequins, and the majority were also accompanied by actors playing the roles of anxious parents and grandparents.

“Some of the patients' caregivers had disabilities, a new detail we decided to add to this year’s simulation thanks to the input of the MUHC's Users' Committee," explains Dr. Elene Khalil, MCH emergency physician, and medical co-director of Emergency Preparedness and director of education at the MUHC.

The ED at the Children’s was split into two halves: one half treated simulated patients, while the other half treated real patients. Healthcare workers from different sectors of the hospital took part, and some of the fake patients were even transported to the operating room and intensive care unit.

“This simulation took over 10 months to organize,” says Dr. Khalil. “Today’s simulation was extremely successful. We learned what we do well and what the gaps are. It took our entire community to run this simulation. The organizing committee did an outstanding job at putting this together, but also the input and participation of all the other sectors was equally invaluable, including the collaboration of our adult counterparts.”  Dr. Ilana Bank, director of the MCH’s Institute of Pediatric Simulation, also reiterates the importance of these exercises. “Simulating these events is the best way to get better and be prepared,” she says.

For the training exercises at the MGH and RVH, mannequins were used to represent the 12 patients that arrived at each adult site for a total of 24 cases, barring one live person at the MGH who simulated a pregnancy that would ultimately be delivered. Patient case descriptions were installed on mobile IV poles as they were triaged and registered by Medurge and moved through the ED while staff continued to treat real-time patients being admitted emergency. A delegation of observers from MUHC sites in northern Quebec – including one from the Cree community – was also on hand to observe the event for their own Emergency Measures coordination.

“At the adult sites, it was the first time we did the electronic registration and tracking of patients, the first time we had pediatric cases involved in a simulation, and the first time we ran two simultaneous Code Oranges. And the amount of blood products our blood bank prepared for us to undertake this exercise with a degree of reality cannot be understated,” says Dr. Valerie Homier, an emergency physician at the MUHC, who was Simulation Director for the MGH and RVH. “It’s a tough exercise but at a very valuable investment that allows us to learn a lot.”

Other health institutions involved in the exercise were the Hôpital du Sacré-Cœur, l’Hôpital Maisonneuve-Rosemont and the Montreal Heart Institute.