The Children’s would not be where it is today if it were not for the influential and famous women who have shaped our history. Indeed, these amazing women braved social prejudice to pursue their education and careers in the health care sector and went on to improve millions of lives through their research, discoveries and hard work.

Take a moment to discover and appreciate these important figures and to be inspired by their actions and dedication. 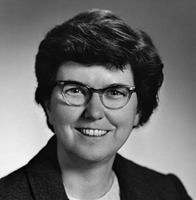 Dr. Mary Ellen Avery, physician-in-chief and chief of Pediatrics in the 1970s, oversaw the expansion of the Neonatal Intensive Care Unit (NICU) of the Montreal Children’s Hospital (MCH) .

Did you know? She helped the NICU earn a reputation for its research and treatment of respiratory diseases in newborns. 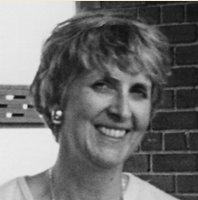 Kathie Moffat was director of Child Life Services from 1994 to 2002.

Did you know? She was responsible for starting the Family Advisory Forum and created the Family Resource Centre, a first in the history of the Children’s. 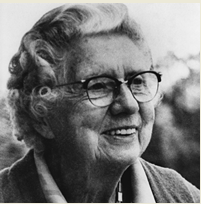 Dr. Jessie Boyd Scriver, known affectionately as “Dr. Jessie”, she was one of the first five women to graduate from McGill’s Medical School in 1922. She was affiliated with both the MCH and the Royal Vic from 1926 to 1967.

Did you know? She was Montreal’s first female pediatrician.

Margaret Anne Smith was director of Social Services at the Children’s for more than 30 years.

Did you know? She helped start a number of initiatives, including the establishment of a Child Abuse Team—a Canadian first.