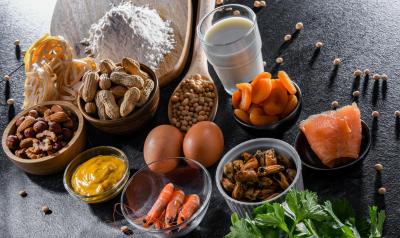 Severe reactions to food allergies (anaphylaxis) most often occur at home. Yet, this is where the main treatment for anaphylaxis, epinephrine, is least used.

These are the findings of a recent study conducted by researchers at the Montreal Children's Hospital (MCH) and the Research Institute of the McGill University Health Centre (RI-MUHC), in collaboration with several other institutions. Written by first author Connor Prosty, a student in the Division of Allergy and Clinical Immunology at the MCH under the direction of Dr. Moshe Ben-Shoshan, pediatric allergy and immunology specialist, it was published in September 2022 in The Journal of Allergy and Clinical Immunology: In Practice.

The researchers analyzed the cases of 3,604 children who presented to emergency departments at 11 Canadian hospitals between 2011 and 2022 because of food-induced anaphylaxis. They found that in general, the majority of anaphylactic reactions occurred at home (68.1 per cent), followed by school or daycare (12.8 per cent), other locations such as the park or in the car (11.4 per cent), restaurants (7.4 per cent), and work (0.3 per cent).

The main first-line treatment for anaphylaxis is epinephrine autoinjection. Epinephrine must be administered promptly, otherwise symptoms may recur (biphasic reaction). Delay in epinephrine injection is also associated with increased risk of fatal outcome.

Despite this, the researchers found inconsistent use of the epinephrine autoinjector before arriving at the hospital. It was used in :

- 66.7 per cent of reactions that occurred at school or daycare;

- 50 per cent of reactions that occurred at work;

- 44.5 per cent of reactions that occurred in restaurants;

- 40.2 per cent of reactions that occurred in other locations;

- 36.7 per cent of reactions that occurred at home.

Fear of mishandling the autoinjector or hurting the child, or lack of knowledge about the signs and symptoms of anaphylaxis, may explain the underuse of epinephrine at home, the researchers suggest. Parents may also be more inclined to wait and watch for symptoms, rather than calling emergency medical services or administering epinephrine as teachers and educators are more likely to do.

Many schools and daycares have instituted policies mandating the stocking of epinephrine autoinjectors and staff training in the management of anaphylaxis. This is likely why epinephrine remains more widely used in these settings.

To improve the management of anaphylaxis at home, the researchers recommend establishing programs to train parents to recognize the signs of food-induced anaphylaxis and to promote the use of the epinephrine autoinjector in all cases of anaphylaxis.