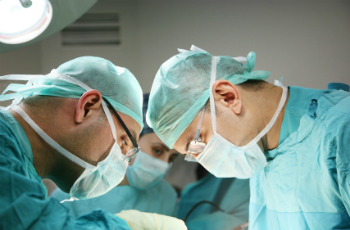 Montreal, Canada – June 11, 2013. Selective dorsal rhizotomy (SDR) is a surgical procedure used to treat spasticity in some children with spastic cerebral palsy. This procedure appears to be effective, but for how long? Researchers from Montreal, Quebec, Canada,* set out to find the answer to this question by studying data from the McGill University Rhizotomy Database on 102 pediatric patients with long-term follow-up. The researchers found that, in the majority of children with spastic cerebral palsy, the benefits of SDR last throughout adolescence and into early adulthood. Details on the study findings are reported and discussed in “Long-term functional benefits of selective dorsal rhizotomy for spastic cerebral palsy. Clinical article,” by Dr. Roy W. R. Dudley and colleagues, published today online, ahead of print, in the Journal of Neurosurgery: Pediatrics (http://thejns.org/doi/full/10.3171/2013.4.PEDS12539).

Cerebral palsy (CP) is a term used to describe various disorders of movement, muscle tone, or posture. Caused by abnormal brain development or an injury that affects the part of the brain that controls motor activities, CP first appears before, during, or soon after birth, and can affect a variety of muscles. Spastic cerebral palsy represents the type of CP that manifests increased muscle tension or tone; this increased tone makes the affected muscles very stiff and muscle movements appear spastic. Studies have shown that gross motor development in young people with spastic CP can plateau during childhood and may decline during adolescence. It is therefore essential to improve motor function early in these children and maintain any improvements in muscle function over time so that these children may become productive young adults.

Selective dorsal rhizotomy (SDR) is often performed in children with spastic CP to reduce muscle spasticity. During surgery, nerve fibers carrying sensory impulses from muscles to the dorsal side (the back) of the spinal cord are stimulated electronically at their rootlets to identify which ones are sending messages that induce an exaggerated tone and reflex state called spasticity. Selectively, the fibers that cause spasticity are then cut, leaving fibers that carry normal impulses alone. This is designed to diminish the spasticity of the muscle involved without injuring muscle function. The procedure has proved successful in selected patients, but before the present study there were no published findings on long-term outcomes of SDR based on validated functional assessments and patient stratification.

An examination of the McGill University Rhizotomy Database led researchers to identify 102 children with spastic CP who underwent SDR between the ages of 3 and 10 years and were evaluated by a multidisciplinary team before surgery and periodically afterward. Preoperative data were available for all patients, and postoperative data were available for 97 patients at 1 year, 62 patients at 5 years, 57 patients at 10 years, and 14 patients at 15 years after surgery. Evaluations were made using ratings of the children’s activities of daily living, the Ashworth Scale for lower-limb tone, the GMFCS (Gross Motor Function Classification System), the GMFM (Gross Motor Function Measure), and GBTM (group-based trajectory modeling), among other assessment tools.

In evaluating data following selective dorsal rhizotomy (SDR) in these children, the researchers found statistically significant improvements in lower-limb muscle tone, gross motor function, and the ability to perform activities of daily living in the majority of patients. These improvements were durable, lasting throughout adolescence and into early adulthood. The researchers also found that long-lasting improvements in motor function were more likely to be found in higher functioning patient groups, specifically: 1) children with better preoperative gross motor function, such as those who had been able to walk on their own or with assistive mobility devices (GMFCS Groups I through III); 2) children whose spasticity involved only two limbs, rather than three or four; and 3) children whose spasticity involved the adductor muscles of the hip only moderately (Ashworth score lower than 3). The researchers also found that following successful SDR, these children were less likely to need adjunct orthopedic surgeries or Botox injections to control spasticity.

When asked about the take-home message of the study, the senior author, Dr. Jean-Pierre Farmer, stated, “This study has allowed us to confirm that the change in gait pattern induced by the operation is long lasting (likely permanent) and ‘protects’ children from the natural history of their disease. Whereas the study shows that there are gains in activities of daily living in all patients, it also allows us to establish ambulatory goals that are stratified by the preoperative functional level of the child through predictive indices. The ability to predict the long-term effects of the SDR operation will be extremely valuable for treating teams and families at the time of therapeutic decision-making.”

Disclosure: The authors report no conflict of interest concerning the materials or methods used in this study or the findings specified in this paper.