“I’m not afraid of stigma” 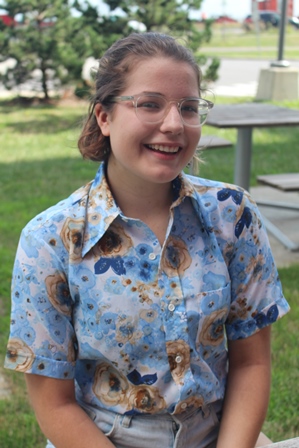 Simone Aslan gives back to the MCH Psychiatry Unit

Simone Aslan is not afraid to talk about her journey through mental illness. Two years ago she was admitted to the Montreal Children’s Hospital (MCH) Psychiatry Unit to receive treatment for suicidal ideation and self-harm. “I wasn’t feeling well and I felt very alone,” she says. So she turned to her parents to explain that she was not exaggerating her feelings and that she needed to go to the hospital. “Had I never spoken up, my parents would have never known what I was going through,” she says.

She spent a week in the unit and felt it was a place where she received a lot of help. So two years later, she decided to find her own way to help back. Simone chose to focus on the MCH Psychiatry Unit for her integrative school project. She started by creating care packages for the patients, then moved her fundraising efforts online where she raised $7,642 which she used to buy essential items like clothes, toothbrushes, and toothpaste for the patients on the unit.

Essential items like these go a long way to supporting patients. Michèle Paquette, Nurse Manager of the MCH Psychiatry Unit, explains that the unit is not funded to purchase such items and in some cases, patients are admitted to the unit directly from the Emergency Department or from places far from Montreal, meaning it may be days before they have anything other than the clothes on their backs at the time they were admitted. “Patients feel more comfortable when they have clean clothes and hygiene items to care for themselves. When their basic needs are met, it is easier to move on to their psychological needs,” she says.

Simone delivered the items to the MCH in a moving truck and got a great sense of satisfaction from completing the project. “When I have an idea, I see it through. I’m in a better place emotionally and economically than some people, so why not help?” she says. She admits that she was concerned about missing school while in the hospital but she was open with her classmates about where she had been once she returned. When people would ask questions, she would answer honestly. “I’ve always been candid and I am not afraid of stigma,” she says. She believes that by being honest, the people who care will want to help and offer support.

Now 17 years old, Simone graduated from high school, after receiving a high mark on her integrative project, and will be studying visual arts this year at Dawson College. She plans to continue advocating for mental health in youth. “It can be easier to ignore mental health problems than to speak about them,” she says. “The hardest part for me was feeling alone, and no one should feel that way.” 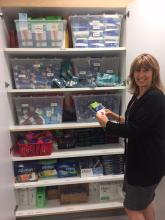