Lessons from a pandemic: Hospitals helping each other through the waves | Montreal Children's Hospital

Lessons from a pandemic: Hospitals helping each other through the waves

During each successive wave since the beginning of the pandemic, hospitals have been quickly overwhelmed by cases of COVID-19. Now that we are in the midst of the seventh wave and a major reform of Quebec's healthcare system is underway, it is important to learn from the successful initiatives.

Some institutions have found innovative ways to compensate for the lack of beds. The Montreal Children's Hospital (MCH), the Royal Victoria Hospital and the Montreal General Hospital, for instance, have joined forces in a unique way to address the problem.

This particular collaboration between adult hospitals and a pediatric facility began during the first wave. The MCH adopted an "open door" policy and welcomed adult patients into its walls to relieve the Royal Victoria Hospital and the Montreal General Hospital.

This is the advantage of the McGill University Health Centre (MUHC), which brings these three institutions together under one establishment, along with several others.

"The COVID-19 pandemic brought the adult and pediatric sites of the MUHC closer together. It has given us the opportunity to establish a collaboration and build relationships that will benefit not only the staff, but also the patients," says Dr. Tanya DiGenova, pediatric intensivist at the MCH.

Adult patients were admitted to the MCH pediatric intensive care unit (PICU) based on certain criteria: 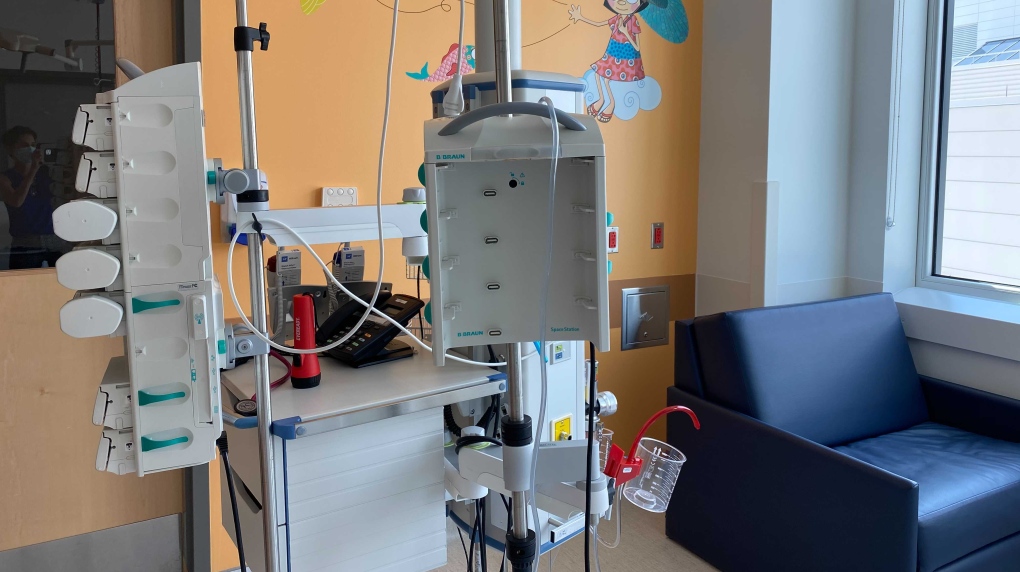 The inter-facility collaboration continued throughout the first three waves. Towards the end of the fourth wave, it was the MCH staff who had to turn to their colleagues in the adult sector.

The MCH experienced a high number of hospitalizations due to RSV last September and October – the highest number ever for this time of year. The pediatric intensive care unit (PICU) was overwhelmed, and intensivists from the Royal Victoria Hospital assisted their colleagues.

"During the last few waves of COVID, at a time when our ICU was overcapacity, we had the much-needed help from our colleagues at the MCH PICU. Similarly, during a recent RSV outbreak amongst children, the adult ICUs were able to reciprocate the help and admit pediatric patients in our ICUs to help offload the MCH. This was only possible thanks to the close working relationship that our two departments developed, assuring patient care and safety as the number one priority," says Dr. Jason Shahin, a respiratory medicine specialist who works in the ICU at the Royal Victoria Hospital.

The COVID-19 pandemic has not only had a negative impact; it has also led to the development of promising partnerships for the future of patient care.