A missed opportunity to save lives on the road! | Montreal Children's Hospital

A missed opportunity to save lives on the road! 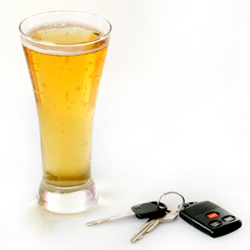 Friday, December 10, 2010 - 16:55
December 2010
Letter to the Editor of The Montreal Gazette
Dear Editor,
This week Quebec decided not to reduce the legal blood alcohol concentration (BAC) from 0.08 to 0.05. This is despite studies that have shown that the risk of being involved in a car crash increases with BAC as low as 0.035 and that at BAC levels as low as 0.01, the skills required to operate a motor vehicle become impaired. Reportedly, the Transport Minister stated that decreasing the legal BAC to 0.05 would not have a significant impact on a driver’s ability behind the wheel, contrarily; evidence shows, that with every 0.02 BAC increase, the risk of being involved in a fatal crash doubles.
Research has demonstrated that legislating BAC to 0.05 or lower has reduced the number of crashes, injuries and fatalities associated with alcohol. Although most fatal crashes are a result of extremely high BAC > 0.15; approximately one in every five fatal crashes in Canada are linked to drivers with BAC equal or less than 0.08. Therefore, legislation to lower the BAC is recommended along with other efforts like having designated drivers or making arrangements for alternative transport to reduce driving after heavy drinking.
Furthermore evidence from Australia showed that lowering the BAC to 0.05 significantly decreased the percentage of drivers with extremely high levels of blood alcohol. It encouraged all drivers to keep track of their alcohol consumption and also encouraged heavy drinkers to consider alternate forms of transportation. Impaired driving remains one of the leading causes of mortality and morbidity in young Quebecers. Based on evidence from many European nations, the reduction of BAC from 0.08 to 0.05 can save between 21 and 62 lives in Quebec each year.
Adolescent drivers represent 10% of drivers on Quebec roads, yet they are involved in 25% of crashes, many under the influence of alcohol. At the same blood alcohol levels, adolescents are at higher risk of being involved in serious collisions. Of course this is further compounded by their inexperience and sense of invincibility.
As a Trauma Centre that sees the devastating consequences of alcohol and driving we are shocked and disappointed by this ruling and urge the government to reconsider and follow the lead of every other province in Canada!
Debbie Friedman, Trauma Director
Liane Fransblow, Trauma Coordinator
Lisa Grilli, Trauma Coordinator
The Montreal Children’s Hospital, McGill University Health Centre