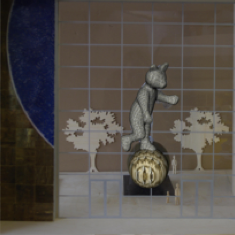 What’s a brand new hospital without beautiful and comforting art work? The McGill University Health Centre has just unveiled 11 works of art that will adorn the hallways and public spaces in our new space come spring 2015. We’re excited to share an update on one very special work of art that will be found in the new Montreal Children’s Hospital’s atrium and terrace.

By virtue of its multidimensional and interactive character, this piece encourages children and parents to discover its different dimensions and tones, which change depending on the time of day and the viewer’s vantage point. Meanderings, outlines and paths will evoke the movement of clouds, and viewers will be free to ask their own questions and draw their own conclusions. The bear balancing on the large sphere stands out at first glance because of its grandiose stature, yet the overall perspective, which can be viewed from the inside, is what eventually renders its importance relative. Come evening, the blue light of the sky will coalesce with the blue emanating from within the bear. Inspiring calm and trust, the bear will watch over us come nightfall and help to renew our courage.

Location: Atrium and terrace at the children’s hospital

Get to know the artist

Michel Saulnier lives and works in Saint-Jean-Port-Joli. He holds a Master’s in Art History from the Université de Montréal. Since 1989, he has completed close to 30 public commissions. His works have been showcased in solo exhibitions in Québec, Canada, the United States, Germany and Japan. They are also featured in private and public collections in Canada, Europe and Japan. In 2006, Michel Saulnier received the Conseil des Arts et des Lettres du Québec’s Prix à la création artistique for the Chaudière-Appalaches region. The Musée régional de Rimouski presented a retrospective of his work in the summer of 2008. 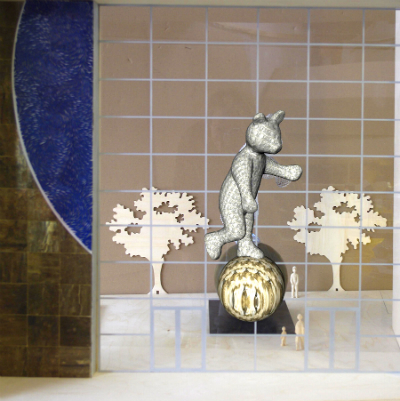 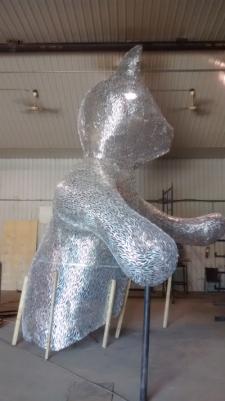 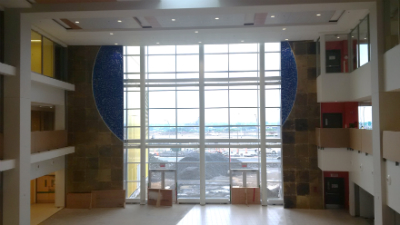 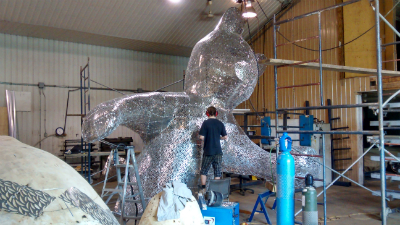