A Reminder About Turkey Safety This Thanksgiving | Montreal Children's Hospital

A Reminder About Turkey Safety This Thanksgiving 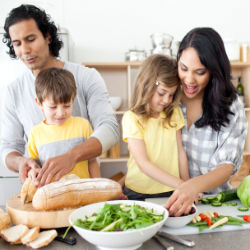 Tuesday, October 4, 2011 - 14:45
October 4, 2011
For immediate release
OTTAWA - Cooked turkey is a central part of many holiday celebrations in Canada - especially Thanksgiving. Health Canada would like to remind all Canadians of some steps they can take to help ensure their turkey feast is a safe one.

Adopting standard safe cooking and safe handling practices (clean, separate, cook and chill) reduces the risk to yourself and your family of getting sick from undercooked turkey and stuffing and from cross-contamination during preparation.

To reduce your risk of getting sick:

Turkey poses particular food safety challenges because it can be contaminated with bacteria such as Salmonella, which can cause diarrhea, vomiting and stomach cramps.

It's estimated that there are approximately 11 million cases of food-related illnesses in Canada every year. Many of these illnesses could be prevented by following proper food handling and preparation techniques.

More information about safe food preparation is available from:

It's Your Health on Poultry Facts

It's Your Health on Holiday Food Safety

The Government of Canada's Food Safety Tips for Leftovers

The Government of Canada's Tips for Using Digital Food Thermometers