Research: Major breakthrough will revolutionize the screening and treatment of genetic diseases 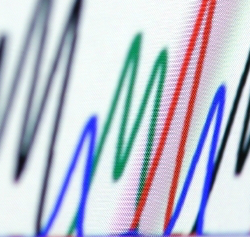 Thursday, June 10, 2010 - 11:34
An international first: a research team at MUHC/McGill validates the effectiveness of a rapid genome sequencing process for hereditary genetic diseases

Montréal, June 10, 2010 – A research team led by Dr. Nada Jabado at the MUHC Research Institute (RI MUHC) and Dr. Jacek Majewski at McGillUniversity has proven for the first time that it is possible to identify any genetic disease in record time thanks to a powerful and reliable exome sequencing method. The exome, a small part of the genome (< 2%), is of crucial interest with regard to research on genetic diseases as it accounts for 85% of mutations. The results of the team’s research have just been published in the journal Human Mutation.

“With this new approach, we no longer need to access patients who share the same altered gene pools to be able to identify the gene responsible for a disease. All we require are two persons affected by the disease not necessarily from the same family,” explains Dr. Jabado, Associate Professor of Pediatrics at MUHC’s Montreal Children’s Hospital. “Now, within two weeks and with just two patients, we can easily isolate a gene. This compares to a time frame of six or seven months or even years before we saw results with the old process. This is really a positive breakthrough in genetic analysis.”

In their study, the researchers focused on isolating the mutation responsible for a rare and deadly genetic syndrome, Fowler’s Syndrome, which is involved in the anarchic proliferation of brain vessels that hinder the brain’s development. Their results have revealed – between two patients with no family ties – a rare case of four mutations in the same gene. This illustrates well the effectiveness of this sequencing technique, the goal of which is to isolate genetic alterations in cases of hereditary diseases among children, regardless of how prevalent they are in society (e.g. mucoviscidosis,sickle-cell anemia).

“These results are very promising. There is now hope that in the near future we can treat a patient presenting a rare, unknown genetic disease in our laboratory, and within a few days be able to sequence his or her DNA to find the mutation that caused the disease,” states Dr. Jacek Majewski, Assistant Professor at McGill University’s Department of Human Genetics.

Thanks to this new, rapid and effective genome sequencing process, within one or two years a ‘full catalogue’ of mutations that are responsible for most hereditary diseases are expected to be revealed, in addition to further advances in many other more complex diseases, such as cancer in children.

“The sequencing of genetic diseases will lead to a change in our medical practices,”    Dr. Jabado    informs us. “Each patient could receive a personalized treatment depending on the particular genes involved. By sequencing the patient’s genome, we will be better able to target the disease and adapt treatment to achieve the best results, according to tolerance levels for each person.”

This study was made possible by grants from the Cole Foundation (NJ). NJ is the recipient of a Chercheur Boursier award from Fonds de Recherche en Sante du Quebec. JM is a recipient of a Canada Research Chair. The authors would like to thank the staff of the Genome Quebec sequencing platform.