Spotlight on our pharmacists: March is Pharmacist Awareness Month

Pharmacists are our allies in delivering safe care and finding optimal treatments for our young patients. Did you know that at the Children’s we have 15 pharmacists on staff, working in various departments and units throughout the hospital? As part of Pharmacist Awareness Month, we’re introducing you to a few of their friendly faces. 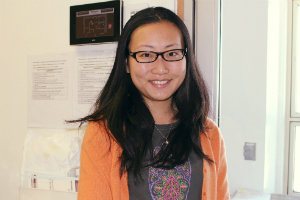 “Children are always happy. Even when they’re sick, you’ll never hear them complain. They just want to play—they’re so positive and optimistic. That’s what gets me out of bed every morning; that, and their smiling faces,” says Nora Ruo, pediatric intensive care pharmacist.

While at university, Nora did several internships in hospital pharmacy departments, leading her to a position at the Children’s after she graduated. “I love that my job is challenging, no two days are ever the same. In fact, I learn something new every day,” says Nora. 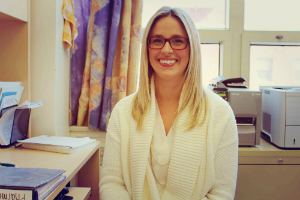 “I found that being a pharmacist was a way to interact more with people—to help them and take care of them,” says Catherine Sicard, pediatric pharmacist. Catherine says she decided to focus on pediatrics because she’s drawn to the incredible strength of her patients even when they’re sick. “Children respond much quicker and get better faster, which is something I find very gratifying,” she says.

Catherine views hospital stays as a good opportunity to review the medications that a patient is taking at home. Part of Catherine’s job is to explain and reassure parents about the medications prescribed to their children, especially when it comes time to discharge them. Children do not react to drugs the same way as adults do, and they may also refuse to swallow medications—all things that Catherine needs to consider when writing a prescription. 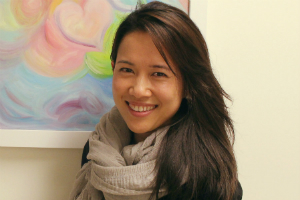 “Working with tiny humans, who are both so fragile and resilient at the same time… it makes us stronger,” says Jessika Truong, oncology pharmacist, about the strength that sick kids muster on a daily basis. Her daily contact with patients, combined with the scientific and research aspects of pharmacy work, are what led her to fall in love with working in a hospital setting.

What she loves most about her job is working with an interdisciplinary team to provide the best possible care to patients. “A change, however slight, can have a huge impact on a patient’s quality of life,” she says.