Understanding the effects of genes on human traits 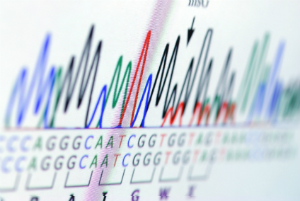 Montreal, July 31st 2013 – Recent technological developments in genomics have revealed a large number of genetic influences on common complex diseases, such as diabetes, asthma, cancer or schizophrenia. However, discovering a genetic variant predisposing to a disease is only a first step. To apply this knowledge towards prevention or cure, including tailoring treatment to the patient’s genetic profile –also known as personalized medicine – we need to know how this genetic variant affects health.

In a study published today in Nature Communications, Dr. Constantin Polychronakos from the Research Institute of the McGill University Health Centre (RI-MUHC), and collaborators from McGill University and The University of Texas, propose a novel approach for scanning the entire genome that will help us understand the effect of genes on human traits.

“This completely new methodology really opens up different ways of understanding how the genome affects the biology of the human body”, says Dr. Polychronakos, corresponding author of the study and Director of the Endocrine Genetics Laboratory at the Montreal Children’s Hospital and Professor in the Departments of Pediatrics and Human Genetics at McGill University.

DNA is the blueprint according to which our body is constructed and functions. Cells “read” this blueprint by transcribing the information into RNA, which is then used as a template to construct proteins – the body’s building blocks. Genes are scanned based on the association of their RNA with ribosomes – particles in which protein synthesis takes place.

“Until now, researchers have been focusing on the effects of disease-associated genomic variants on DNA-to-RNA transcription, instead of the challenging question of effects on RNA-to-protein translation,” says Dr. Polychronakos. “Thanks to this methodology, we can now better understand the effect of genetic variants on translation of RNA to protein – a powerful way of developing biomarkers for personalized medicine and new therapies.”

Supported by the McGill University and Genome Québec Innovation Centre, the research team applied this method to a diabetes gene and discovered that at least one of the 50 genetic loci that confer risk to type-1 diabetes shows an effect on the human body by altering RNA translation to protein.

This paper is one of six that were chosen, from approximately 4000, for presentation at the plenary session of the 2012 conference of the American Society of Human Genetics.

This work was funded by Genome Canada, Génome Québec (GRiD project) and the DP3 program of the USA National Institutes of Health (NIDDK).

The Research Institute of the McGill University Health Centre (RI-MUHC) is a world-renowned biomedical and health-care hospital research centre. Located in Montreal, Quebec, Canada, the Institute is the research arm of the McGill University Health Centre (MUHC) affiliated with the Faculty of Medicine at McGill University. The Institute supports over 600 researchers, over 1,100 graduate students and post-docs and fellows devoted to a broad spectrum of fundamental and clinical research. Over 1,800 clinical research studies are conducted within our hospitals each year. The Research Institute of the MUHC is supported in part by the Fonds de recherche du Québec - Santé (FRQS). For more information, visit www.muhc.ca/research/

Founded in Montreal, Quebec, in 1821, McGill is a leading Canadian post-secondary institution. It has two campuses, 11 faculties, 11 professional schools, 300 programs of study and some 39,000 students, including more than 9,300 graduate students. McGill attracts students from over 150 countries around the world, its 8,200 international students making up 21 per cent of the student body. Almost half of McGill students claim a first language other than English, including approximately 40 per cent whose first language is French or who speak it fluently. www.mcgill.ca

Since May 2000, Génome Québec has been the driving force behind the development of genomics in Québec. By supporting nearly 80 projects and 800 researchers and managing the operations of the McGill University and Génome Québec Innovation Centre, Génome Québec is helping to accelerate the discovery of new applications for genomics in strategic areas, such as human health, forestry and the environment. The funds invested by Génome Québec are provided by the Ministry of Higher Education, Research, Science and Technology, the Government of Canada, through Genome Canada, and private partners.   For more information, visit www.genomequebec.com