What is melamine? Why is this substance dangerous in food? | Montreal Children's Hospital

What is melamine? Why is this substance dangerous in food? 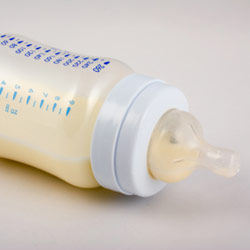 Thursday, September 25, 2008 - 16:28
Melamine is a synthetic chemical used in a variety of industrial applications including the production of resins and foams, cleaning products, fertilizers and pesticides. It is not naturally occurring and is not allowed in food.

Health effects from exposure to melamine vary depending on the amount and duration of exposure. Scientific research indicates that effects to the bladder and kidneys, such as bladder and kidney stones and chronic kidney inflammation, can be seen if exposed to high enough levels of melamine.

Melamine was the substance that was implicated in the pet food recall in 2007.

Is melamine allowed in food for human consumption, such as infant formula?

No. Canada does not allow melamine to be used as a food ingredient.

Should I be avoiding all milk-based protein products from China?

Consumers should be aware that the Government of Canada is investigating milk and milk-derived products from China that are in this country. The Government is also working with other countries to take action if products containing melamine are found. Selected products that could contain melamine such as whole milk powder, non-fat milk powder, whey powder, lactose powder, and casein have been sampled and are in the process of being tested. If product is found to be contaminated, whether through testing or other investigations, the product will be pulled and the usual recall process will take place. For example, on September 21st, the CFIA and Regent Long Marketing and Distribution Ltd issued a consumer advisory advising people not to consume the Nissin Cha Cha Dessert. This product was made using Yili Pure Milk, in which melamine has been detected. There have been no reported illnesses associated with the consumption of this product. For additional recall information related to a specific product, consumers should consult the CFIA’s web site.

When did the CFIA become aware that there was a melamine contamination issue?

On September 11, 2008, the CFIA was informed of evidence of melamine present in infant formula originating from China. CFIA was later made aware that the Chinese media had reported that tainted “milk formula” had been linked to illness in infants in China.

Can you test for melamine in food products?

Yes, we are using a validated method based on sound scientific principles.

Will the CFIA test all suspect milk products from China?

Yes. Once notification has been received that suspect product has arrived in Canada the product will be sampled for melamine and related components. The import service centres will also be on the lookout for suspect products which may be exported from other Asian countries.

Is this infant formula from China available for sale in Canada?

All infant formulas must be approved by Health Canada before they are allowed for sale in Canada. No formulas produced in China have been approved for sale. As a precaution, the CFIA is working with retailers to make sure that no unapproved products from China have made their way to stores in Canada. In addition, Health Canada has contacted all the manufacturers and importers of infant formula sold in Canada. The companies have confirmed that they do not use any milk or milk-derived ingredients sourced from China.

What is the situation with infant formula in China?

The Chinese government has initiated extensive testing programs and has reported that melamine has been found in numerous infant formulas from several companies.

Has the Canadian Food Inspection Agency (CFIA) been in contact with Chinese officials regarding contaminated infant formula originating from China?

Yes. A CFIA representative in Beijing is in contact with the general Administration of Quality Supervision, Inspection and Quarantine (AQSIQ) in China. We are aware of the situation in China and are working with the appropriate authorities in that country, as well as in other countries, to ensure the safety of the products available for sale in Canada.

How do we know other infant formula for sale in Canada is safe?

All infant formulas must be approved by Health Canada before they are allowed for sale in Canada. No formulas produced in China have been approved for sale. As a precaution, the CFIA is working with retailers to make sure that no unapproved products from China have made their way to stores in Canada.

Health Canada has contacted the four major manufacturers of infant formula sold in Canada: Abbott Nutrition, Mead Johnson Nutritionals, Nestlé Canada and PBM Nutritionals. All four have confirmed that they do not use any milk ingredients sourced from China.

What is the Government doing to protect the public?


Is the CFIA communicating with regulatory authorities in other countries?

The CFIA is working closely with the United States Food and Drug Administration (FDA) and will continue to work closely with other foreign regulators to share information throughout the investigation.

Where can I get more information on this issue?