A 4th birthday along with a 4th heartiversary for Olivier 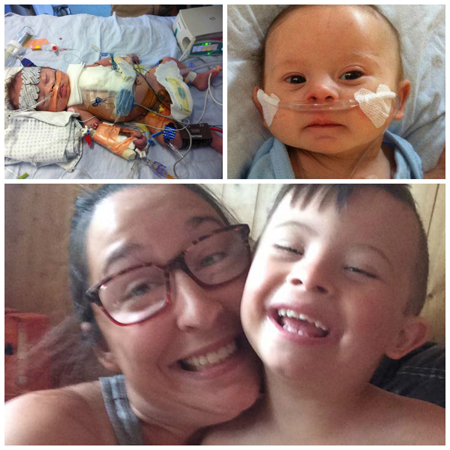 Little Olivier is a tiny fighter who just recently celebrated his 4th birthday along with his 4th heartiversary! This July marks 4 years since Olivier had to undergo open heart surgery at just 1 month old to repair 3 holes in his tiny heart that were uncovered shortly after his birth. Unable to drink and gain weight, the newborn was referred to Cardiology bat the Children’s and promptly prepared for cardiac surgery. “I remember it was such a devastating moment to be told my newborn son was so sick and had to undergo such a huge operation,” says his mom, Tanya. “But the moment I was finally able to see him, he squeeze my finger. He had never been able to squeeze my finger before! I knew then that everything was going to be alright.”

Tanya is thrilled to report that her son is stronger than ever and filled with energy! “He loves hockey, being outside and dancing to his favourite Justin Timberlake song,” she says. “We are so grateful to Dr. Cavalle and Dr. Tchervenkov, and to all the nurses and support staff that helped our son. They were truly awesome and I will never forget what they did for us.”