Atypical Anorexia: an eating disorder that is hard to detect | Montreal Children's Hospital

Atypical Anorexia: an eating disorder that is hard to detect 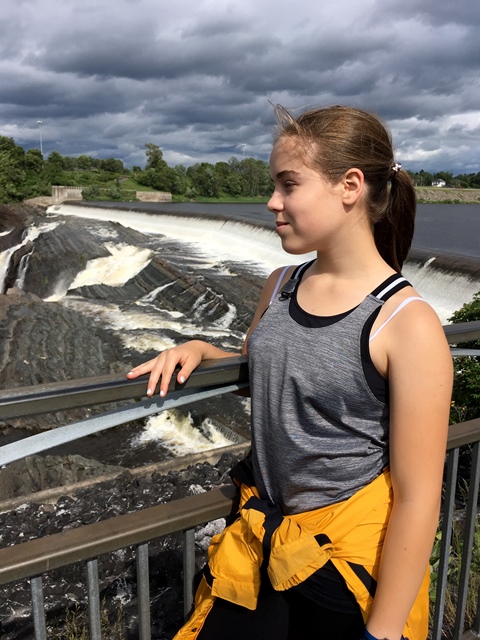 Atypical anorexia is a type of eating disorder where patients, mostly females, present with restrictive behaviours and fear of weight gain but don’t meet the low weight criteria seen in anorexia nervosa. In fact, their weight is often within or even above the normal range for their age. This makes atypical anorexia hard to detect because patients do not fit the typical image of someone suffering from anorexia. At the age of 13, Caterina was diagnosed with this eating disorder, news that came as a shock to both her and her mom, Chantale. “When we got the diagnosis, I started to cry, I couldn’t believe that I was anorexic,” says Caterina.

Caterina’s intention was to get healthy and to spend more time with her parents by exercising alongside them. “She went from one extreme to the other, and we were actually happy for her because she told us she had never felt better. We also thought it was great that she was spending fewer hours in front of the computer and more hours being active,” says Chantale. But Caterina’s parents didn’t know she was also exercising before they got home from work  and was restricting her caloric intake.

As a result, Caterina’s menstrual cycle stopped for several months which prompted her pediatrician to refer her to Dr. Suzanne MacDonald, a pediatrician specializing in adolescent medicine at the Montreal Children’s Hospital (MCH). Dr. MacDonald learned that Caterina had lost almost 18 lbs. in six months. “That is a significant amount of weight in a short amount of time for a teen,” says Dr. Macdonald. Like most cases of atypical anorexia, despite her rapid weight loss, Caterina was still at a healthy weight for her age and height. However, in addition to the rapid weight loss, Dr. MacDonald detected other behaviours and signs of anorexia in her, such as restrictive eating, excessive exercise, fear of weight gain and importantly, dangerously low vital signs.

The benefits of family-based therapy

Like any teen with a restrictive eating disorder, patients with atypical anorexia at the Montreal Children’s Hospital are treated with Family Based Therapy (FBT), a form of therapy that empowers parents to help their child overcome the disorder. In addition, Caterina was prescribed bed rest for several weeks until her vitals went back to normal. Her parents were given the responsibility of preparing and ensuring their daughter ate three snacks and three meals per day.  “We followed everything Dr. MacDonald told us to do very closely,” says Chantale. Caterina responded so well to the initial treatment that she gradually returned to school and all her physical activities.

Just last month Caterina sang and danced in a school show and admits she is quite proud of herself. “A few months ago, I would never have performed in front of my entire school. But since then, and after everything I’ve been through, I developed the courage to sing and dance, and it felt great.” Her advice to anyone with an eating disorder is, “Surround yourself with supportive people.”

Signs to watch for

Dr. Holly Agostino, Director of the MCH Eating Disorder Program, says the clinic is seeing a greater number of cases of atypical anorexia. “Often, family, friends and even physicians find it hard to detect these cases because the patients do not look like the stereotype of a person with anorexia. In fact, some of the behaviour is often encouraged because it seems healthy,” explains Dr. Agostino. “It’s important to remember that a patient’s weight is not a defining criterion for an eating disorder. Patients with normal BMIs can still be struggling with a severe and potentially deadly disorder.”

When should families worry?

Some of the indications that an eating disorder may be developing can include:

If a teen avoids the dinner table, gives excuses not to eat like “I ate already” or “I’m not hungry,” these are usually signs the teen is avoiding food. Malnutrition can lead to many serious medical consequences including low vital signs which can be very dangerous. If you suspect a family member or friend of having an eating disorder, make an appointment with their pediatrician or bring them to the emergency room so that they, like Caterina, can get the professional support they need. 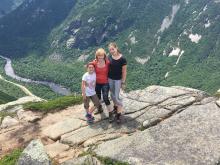