Combatting concussions successfully thanks to expert help from specialists 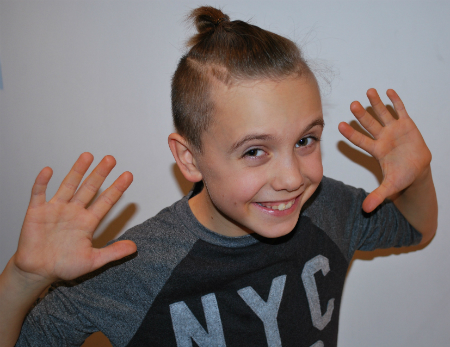 June is Brain Injury Awareness Month. Despite a lengthy rehabilitation, 10-year old Manic is back to enjoying the sport he loves.

Manic Noël is a 10-year old karate kid with incredible skill. Having practiced martial arts since the age of 3, his mom, Valérie, says the sport is a big part of her son’s active life. “We initially signed him up just to keep him busy,” she says, “but he ate it up! He really loves the sport.” Over the years, Manic’s skill level has increased significantly, as has the amount of time he has devoted to his training. In fact, his dedication to his pastime recently led him all the way to the World Karate and Kickboxing Commission World Championships, where he received one gold and two silver medals last year for his performance. But this past winter, Manic’s karate was put on complete hold after experiencing two concussions within the span of just two months.

It was January 2016, and Manic was in the middle of a karate competition when he got hit in the head. “I noticed right away that he was experiencing a lot of concussion symptoms,” says Valérie. Wanting to ensure that he was okay, Valérie took Manic to the doctor, who advised he take a break from karate until his symptoms cleared. “Following the doctor’s advice, Manic rested and looked forward to returning once he was feeling better,” she says.

In mid-March, Manic returned to competition, but got hit again. “It happened quickly the second time and it looked like he had maybe gotten knocked in the stomach,” says Valérie. “But the symptoms appeared right away: he said he was very tired, that he had a headache and wanted to lie on the floor because he felt nauseous. We took him outside to get some air and he was struggling to walk. When he started to vomit, we didn’t take any chances and went straight to the hospital,” she says.

Taking a few steps back in order to move forward

“Concussions are injuries that need to be taken seriously and managed by experts,” says Meghan Straub, a member of the Montreal Children’s Hospital Trauma Centre’s Concussion Clinic team and Manic’s physiotherapist. “But in a case like Manic’s, where a patient experiences two concussions within a two month period, we have to make sure that we do an even more thorough evaluation to be able to create an appropriate treatment plan.”

Based on an overall assessment of his state the severity of his symptoms, the team introduced a 5-step treatment plan that included visits with Meghan in physiotherapy, a break from all physical activity and a reduced workload at school so that his brain could heal. “Given that Manic is so used to being active and training for competitions, it was a lot of change and it was hard for him. At the same time, he learned to accept his limits and got support from the team to help him mange his anxiety and find new activities to focus on while he rested,” says Valérie. 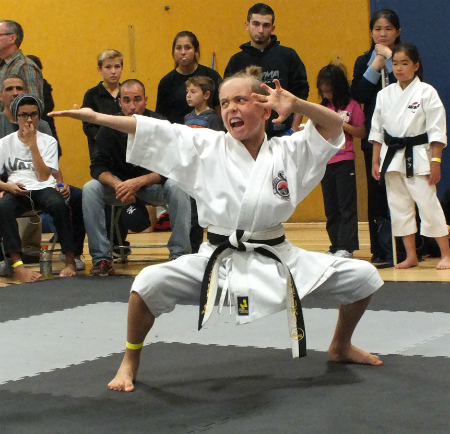 When it comes to going back to an active routine after a brain injury such as a concussion, Meghan says that a little patience goes a long way. “One of the keys to a very successful recovery is how well a patient adheres to the guidelines we put in place for them,” she says. “If they follow the steps and communicate with their parents, coaches and teachers when they feel that they are again having symptoms, they can do really well. After 7 days of no symptoms, we perform an Exertion Test in the Clinic. Should they perform all the tests without symptoms, they can resume sports, keeping in mind that if they experience a symptom again they should stop right away, wait for 24 hours and go back a step in their treatment plan.”

By targeting the physical, mental and academic impacts of concussions, clinic staff is able to ensure that patients get the support they need from the right professionals at the right time. “The innovative Concussion Clinic is interprofessional in approach and is aimed at meeting the important needs of a medical condition that is of increasing societal concern in our youth,” says Debbie Friedman, Trauma Director and Assistant Professor of Pediatrics.

While he hasn’t completed all 5 steps of his treatment plan just yet, Manic was recently able to return to practicing karate while refraining from competition until mid-July to give his brain time to continue healing. “He’s back to about 80% effort right now and is thrilled about it,” says his mom. “We’re looking forward to the summer and are glad to have been able to have the Concussion team to support us.”