A life-changing transplant for four-year-old Alessandro 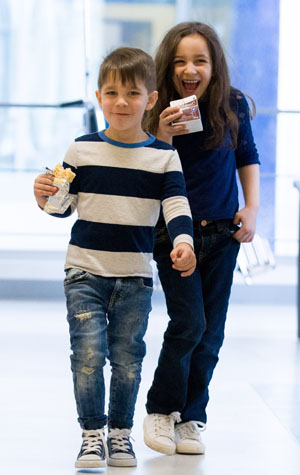 At four years of age, Alessandro Maniates has faced health challenges that most people will never experience in a lifetime

“The pregnancy went well and we were expecting a healthy baby but he was born with a rare syndrome that affected his kidneys,” says Alessandro’s mom Mina. The day after he was born, Alessandro was brought to the Montreal Children’s Hospital (MCH) where his eventual battle against kidney failure would begin. “My son was a trooper throughout it all, my husband Harry, daughter Isabella and I had to stay strong for him,” says Mina.

Tests and exams were done, and they revealed that Alessandro had a rare condition which carries a very high risk of cancer developing in the kidneys, as well as causing high blood pressure and eventually, kidney failure. At nine months of age, an ultrasound revealed that there were lesions on his kidneys that were prone to becoming cancerous. As a result, Alessandro underwent chemotherapy and at one year old, his right kidney was removed. At two years old his left kidney was removed and he started a dialysis routine of 11 hours per day, seven days a week.

“Young children on dialysis require intensive treatment because early childhood is a crucial developmental period. Poor kidney function affects both cognitive and physical development,” explains Dr. Beth Foster, Pediatric Nephrologist at the MCH. In order to be eligible for a kidney transplant, a child must be big enough to accommodate an adult donor kidney, therefore growth is crucial. “Dialysis nurse Sonia Champoux taught us how to dialyze Alessandro at home. She showed us how to use the Doppler machine to measure his blood pressure, and how to administer shots and other medications at home,” says Mina. 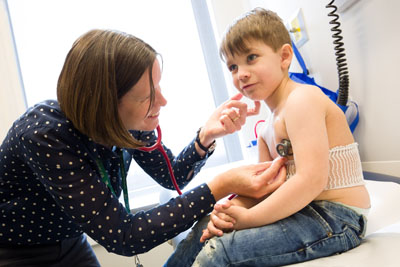 Parents who dialyze their children at home have to act as nurses. “They have to know how to do everything,” says Dr. Foster, “and complications are a real concern.” Although dialysis is life-saving, it is very restricting. “Life on dialysis becomes very medical. The child’s diet is controlled, activities like swimming are not possible, food doesn’t taste good, and the risk of complications is very high,” she adds.

At the age of three, Alessandro reached the necessary weight to receive a new kidney, and was put on the transplant list. On January 28, 2015, Alessandro’s parents got the phone call at 4:00 p.m. confirming that a donor kidney was available. Mina and Harry immediately brought their son into the hospital and the next day, Alessandro received the transplant. “We were experiencing a mix of emotions,” says Mina. “We were concerned because our son was in surgery, but at the same time, we felt hopeful that the transplant would be a success.”

“There’s a common misconception that once you have a kidney transplant, life goes on normally, but in fact, a transplant is not a cure for renal failure but rather a phase in the disease,” says Angela Burns, MCH Transplant Nurse. Angela coordinates care for the transplant patients and works with families to teach them what to expect post-transplant.

Transplant patients have to take immunosuppressants for the rest of their lives and they always live with the risk of kidney rejection, viral and bacterial infections, and even a higher than normal risk of cancer. The medication ensures the body’s immune system is not so strong that it rejects the donated kidney, but because the immune system is suppressed, it’s less capable of fighting off infection. “It’s our job to make sure that we strike a fine balance so that both the risk of infection and the risk of rejection are avoided,” explains Angela. 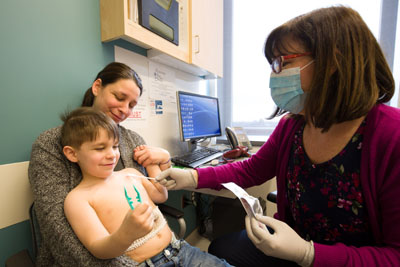 To strike that balance, patients must follow a very strict medication regimen and must be seen in the transplant clinic on a regular basis. “Families always live with the fear that the other shoe will drop, that a blood test will reveal rejection or infection. They always want the results of the blood test immediately so that they can breathe easy,” adds Angela. “In most cases, however, rejection of the transplanted kidney can be treated with medication,” explains Dr. Foster.

Despite the risks associated with a kidney transplant, quality of life post-transplant is much better, something that Mina can attest to. “My son can be a little boy now. Since his transplant, he is so full of energy, he runs around with his sister and cousins. It’s as if he’s making up for the first three years of his life,” says Mina.