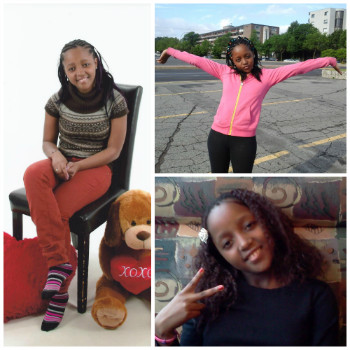 It’s not every day you hear a teen saying they love going to school. But 16-year-old Kutlo is firmly in that camp. In fact, there’s almost nothing that the student at LaSalle Community Comprehensive High School loves more. So whenever Kutlo has to go for check-ups at the Montreal Children’s Hospital, her healthcare team know it’s important to work around class time.

Kutlo first came to the Montreal Children’s Hospital in 2012 because she was having multiple seizures every day. A seizure is a temporary occurrence caused by a certain type of activity in the brain, but when seizures are recurrent, it is commonly referred to as epilepsy. Over the past few years, team members from both Neurology and Neurosurgery have been involved in Kutlo’s care. Earlier this year, she underwent a day surgery procedure that is proving beneficial in treating her condition.

Kutlo had a vagus nerve stimulator (VNS) inserted in her chest wall. The device, which has a wire connecting to the vagus nerve in the neck, sends a mild signal to the brain at regular intervals to help stop seizures from happening. Since having the VNS, both the frequency and duration of Kutlo’s seizures have decreased, which has greatly improved her quality of life. “Kutlo sleeps much better through the night now,” says her mom Kaone, “and I’m sleeping better too because I don’t have to get up as often to help her.”

Kutlo has regular check-ups at the Children’s for blood tests and to adjust the VNS if required. She also recently started immunoglobulin therapy (IVIG). Her appointments sometimes mean spending many hours at a time at the Children’s. “We always try to schedule her treatments so she misses as little school as possible,” says Heather Davies, a clinical nurse specialist who sees Kutlo regularly. “It’s important to her, so it’s important to us.”

Kutlo is doing her part to create awareness of what it’s like to live with epilepsy. After Heather taught her and her mom more about seizures and how the VNS works, Kutlo borrowed the educational materials and brought them to school to teach the staff and students about what it’s like to have a seizure, and what others can do to help.

For Kutlo, living with her condition has many challenges. “I’ve been through a lot,” she says. “But I’ve come to the point where I know that you’ve just got to push yourself up and keep going.”