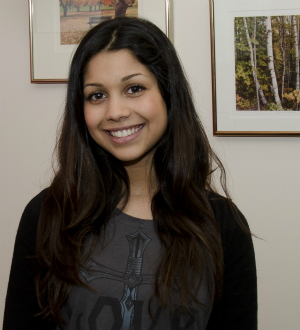 Tatiana Lima-Karim had just started high school in 2008 when she noticed her shoulder was causing her pain – but for no apparent reason. “It wasn’t like I had hurt myself, or slept wrong,” she explains, “I just noticed that I felt very weird…not like my usual self.”

As the days passed, the pain seemed to spread to other parts of her body, too. First it was her other shoulder, then her arms and wrists began to ache with a pain beyond anything she had felt before.

Two weeks passed and the pain and discomfort never seemed to subside. Soon, Tatiana could barely move at all.

Concerned, her mother brought her straight to the Montreal Children’s Hospital’s Emergency Department. The team ordered a multitude of blood tests and x-rays. Within a few days, the diagnosis was made: Tatiana had Lupus.

Lupus is a disease that involves the immune system and affects about 17,000 Canadians. Nearly 90% of those diagnosed with the disease are female. The disease can be unpredictable, with periods of illness (called “flares”) alternating with periods of remission.

Normally, a person's immune system works by producing immunity cells and antibodies, which fight germs and infections. But when a person has lupus, the immune system goes into overdrive and can't tell the difference between some of the body's normal, healthy cells and germs that can cause infection. The immune system thus responds by making what are known as autoantibodies. These cells attack and destroy healthy tissue and are responsible for creating inflammation and pain in various parts of the body.

Tatiana’s new diagnosis meant getting used to managing her illness with a variety of medications and by adapting to her new limitations. “I only missed two weeks of school after my diagnosis, but it took some time for me to get used to taking so many medications,” she says, which totaled 8 to 9 pills at one point in her treatment.

While constant medication and close monitoring of her condition through regular visits with her pediatric rheumatologist, Dr. Rosie Scuccimarri enabled Tatiana to resume and enjoy as normal an adolescence as possible, she says there are a few limits that she’s learned to adapt to.

“Because lupus is a chronic illness, it’s difficult not being in control of it,” she says. “Some days I will wake up and have swollen wrists or have very red eyes and I will need to rest. But because I don’t really look sick physically, the biggest challenge is explaining to friends and teachers that I’m experiencing symptoms and need to miss class.”

Having just recently turned 18 this April, Tatiana has now gotten fairly used to managing her illness, but is now having to confront a new challenge, given her age: she needs to transition to adult care at the Montreal General Hospital.

Well before she turned 18, Tatiana has been preparing for the day she would no longer be treated at the Montreal Children’s Hospital and has slowly adopted more responsibility for managing her illness on her own. “It happened slowly,” she explained. “I started keeping track of my medication on my own, and then coming to appointments by myself when I turned 16,” she explains. “Now I keep track of nearly everything that relates to my lupus.”

“The gradual shift in responsibility from the parent to the patient is important,” says her pediatric rheumatologist, Dr. Scuccimarri. “We aim to empower patients and their families to start thinking of their transition to adult care early to try and make sure it’s as smooth as possible.” 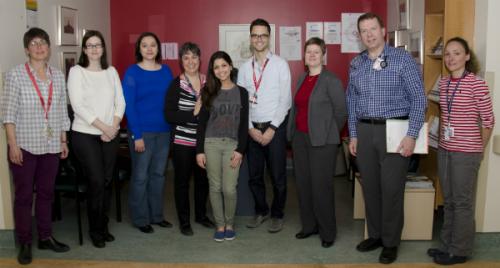 These visits occur quarterly between pediatric and adult rheumatology colleagues in order to better introduce patients to their new environment, and to officialize the transfer of the patient’s medical care to the new site.

“We usually spend an afternoon at the Montreal GeneralHospital and take the time to go through a patient’s medical history with the new Rheumatology team. We then introduce the new team to the patient and their family,” explains Dr. Gaëlle Chédeville, a pediatric rheumatologist who takes on the coordination of these visits. “The result is that patients are better introduced to their new care setting and there is a clear plan for the future.”

For her part, Tatiana welcomes the change and says her experience has led her to consider a career of her own in healthcare one day. “I’d really like to become a nurse,” she says. She plans on applying for admission to the Nursing program at VanierCollege next fall.