A matter of the heart | Montreal Children's Hospital

A matter of the heart 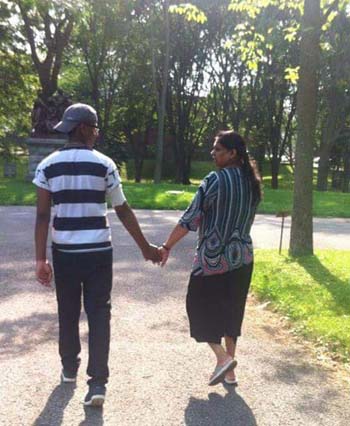 Being a teenager can be hard enough. But being a teen with a heart condition can be a particularly tough, says 17-year old Children’s patient Ashan, who experienced a lengthy hospitalization in the summer of 2015 that changed his life.

Ashan was born with aortic valve stenosis, a narrowing of the aortic valve. His condition obstructs the passage of blood from the heart to his body. From the time he was an infant, Ashan was monitored closely by the Montreal Children’s Hospital’s Cardiology Department.  As his pediatric cardiologist, Dr. Marie Béland, explained, his valve problem made it harder for the heart to pump blood to his body and because of this, his heart was under constant strain, even while he was at rest.

His mother made a conscious effort to explain the condition to her son from an early age, especially given some of the restrictions he had to follow to ensure his heart wouldn’t be overstrained. That meant abstaining from some physical activities and sports that would be too stressful on his heart. A generally active teen, Ashan says that was heard to accept at first. “I just wanted to play floor hockey and football like everyone else,” he says.

Once he got to grade 10, however, he started noticing that physical activity was the least of his worries. Ashan began struggling to stay awake in class, would immediately head to bed after school and started rapidly losing weight, getting down to a scary 120 lbs. He recalls a scary week during finals where he fell asleep during an exam.

“Deep down I knew something was wrong, but I was kind of in denial. I didn’t want to worry my mom and couldn’t quite figure out what was wrong. I just thought it was a bad fever,” he says. One night, he was at home in his bedroom sleeping when he began to convulse, creating a loud rattling noise against his bed. His brother quickly came in to see what was wrong and immediately called 911. Ashan was rushed to the Montreal Children’s Hospital where doctors informed him that he had developed a serious infection of his aortic valve that had severely damaged it. He was told that immediate surgery was required to remove the infection and give him an artificial valve. 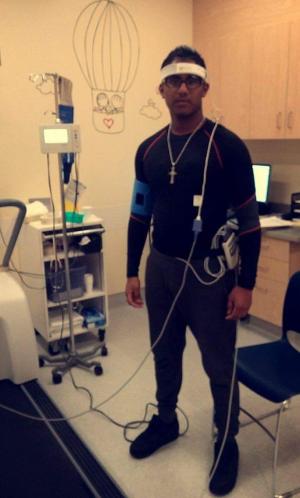 “My last memories before entering the Operating Room was trying my hardest not to cry because I was trying to be strong for my mom, I knew she wouldn’t be able to handle seeing me cry because she was already a mess,” says Ashan. “I remember looking up at my brothers and sisters and trying to force a smile so they wouldn’t worry but I was so scared because I wasn’t sure if i was going to make it out alive.”

On the road to recovery

The surgery was a success, and what followed, says Ashan, was a lengthy 3-month hospitalization that completely changed his outlook on life. “I remember Dr. Beland telling me that had I waited a few more hours longer, I may not have survived,” he says. Because of the severity of his infection, Ashan had to receive antibiotics through an intravenous line for months. He had to slowly start walking and going up and down stairs, all while taking breaks because he was so out of breath.

“I realized that I just wasn’t taking care of myself. That completely changed once I had the surgery and once I was discharged from the hospital,” says Ashan. “Now every time I leave the house or go to sleep, I kiss my mother because I’ll never know when it’ll be the last time I see her face. I now realize how short life really is, every breath I take feels like a privilege. I’m healthier and fitter than I ever was and thanks to my new valve I’ve enrolled in MMA classes and it feels great. I will forever be in debt to the Children’s.”

Today, a year after his surgery, Ashan’s heart has recovered and is stronger than ever since it no longer has to strain to pump blood to his body. He’s finishing up his last semester at John Abbott College, but has his sights on a career that was inspired by his experience as a patient. He hopes to become a paramedic and pursue his degree in Cornwall next year, and says he’s never felt better and had more stamina. “I always wanted to do something in the medical field, ever since I was young. I feel like I know what it’s like to be a patient and that will make me even better in my future role.”