Teen with MS shines a light on living with the disease 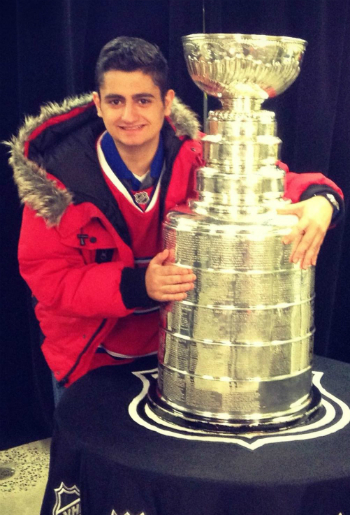 When you hear about Multiple Sclerosis (MS), you rarely think about young people getting the disease. But a diagnosis of MS can come as early as 15—and that’s exactly how old Joe was when he got the news.

“Joe started to have some dizziness and vertigo, and he was really tired,” says his mother Katia. “We went to a walk-in clinic and they told us it was an inner ear problem. They prescribed some medication and said he’d get better within a week.” Four days later, he was feeling much worse. “We went to another clinic, and they said there was nothing to worry about. But the following day, Joe couldn’t stand up so we went to Emergency at the Children’s. They knew almost immediately that it was a neurological problem."

Katia says the Emergency staff were fantastic. The neurology resident on call contacted Dr. Guillaume Sébire, and Joe was admitted to the hospital the same day. “They didn't diagnose MS right away but after Joe had several more episodes, they confirmed it,” says Katia. 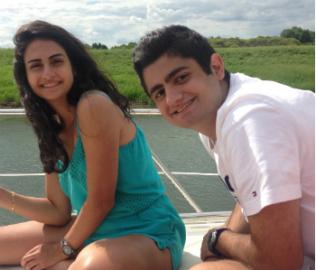 MS is a disease that affects myelin, the protective coating on nerve fibres. When the myelin is damaged, a person’s vision, balance, coordination and movement can be affected. In Joe’s case, the hardest thing to cope with was blurred vision. "It was a mix of everything," he says. "Sometimes I just couldn't see because I was too tired, then other times I couldn't see colours properly or I'd see things moving around or spinning."

After his stay at the MCH, Joe spentfour months at Centre de réadaptation Marie-Enfant where he had to learn to walk again and find his balance. He did extensive physiotherapy and occupational therapy, and still managed to keep up with his Secondary IV course load. "He got through his rehab because he's a good fighter," says his mom. "He's always smiling, always positive."

Joe says the support of his family and friends made all the difference. His friend Nicholas Rousseau was one of those people. “Nicholas was really there, especially for my school work. He sent me his notes for our courses and helped me out with homework on the weekends.” When Joe returned to school, he knew that creating awareness and understanding about MS was one of his new goals. 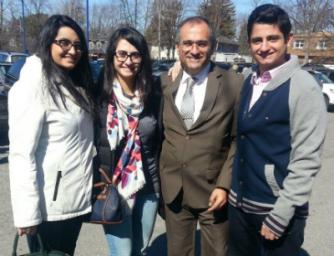 Teaching other teens about MS

Now in Secondary V, Joe had to complete a"projet personnel" for his final year. His idea? A presentation on MS. From September to February, he worked on the project and then presented to the Secondary III students and teachers at his school. “I talked about MS in general, then about my own experience with it. Helping to raise awareness and make a change made me feel part of the bigger MS community."The students also had to write an exam and Joe helped evaluate their answers.

Since being diagnosed, Joe has had to take various medications to manage his symptoms. He also underwent IVig treatments for inflammation, which is administered in the Medical Day Hospital at the Children’s. "The people who've looked after me at the Children's are awesome. They're like family to me," he says. Joenow receives an injected medication called Tysabri once a month, and hasn’t had an attack for over three months.

"It feels amazing when there are no attacks because I can live my life like everyone else. It feels great to live a normal life," he says.