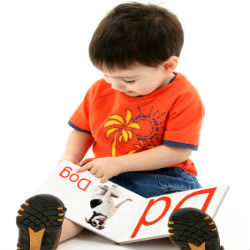 Here's a new reason to zap video games: Those electronic playthings keep kids from games that stimulate their minds in important ways.
Citing the latest research on the brain, experts say chess, Scrabble, Monopoly -- even jigsaw puzzles or tic-tac-toe -- do more to help children build analytical, organizational and creative skills. As adults, your kids will need those abilities, which may keep their minds sharp as they reach old age.
Start early

"It's important to get kids into the habit of enjoying engaging their minds," says Allen Bragdon, founding editor of Games magazine and author of several books on improving brain function.

It's like giving your children carrot sticks instead of chocolate bars. "The snacks they get while young will be the ones they seek out all their lives," says Mr. Bragdon. "Then later they will keep using their brains to chew on all kinds of problems just for fun."

Evidence that brains can be "age-proofed" is limited, but new studies suggest brain functions don't necessarily decline over time. In fact, they may be strengthened by mental exercise just as muscles are strengthened by physical exertion.

In children, the mental workouts of game-playing may serve as warm-ups for more serious learning. A study of third- and fourth-graders in New York City and Los Angeles found that after 45 minutes of chess lessons each day for a year, they did better on reading tests than non-players.

These and other findings that support face-to-face interaction have led the American Academy of Pediatrics (AAP) to encourage parents to limit video and television viewing by school-age children to an hour or two a day. For infants and toddlers, the AAP says, parents should turn off the TV.

From infancy on, "you need to continue to provide stimulation for kids in a way that's going to be productive to their overall mental capacity," says Miriam Bar-on, M.D., professor of pediatrics at Loyola University Medical Center.

"Certainly in terms of socialization, they get much more from playing traditional games with someone else -- and learning such things as following the rules and seeing how others approach things -- than from playing computer games alone," she says.