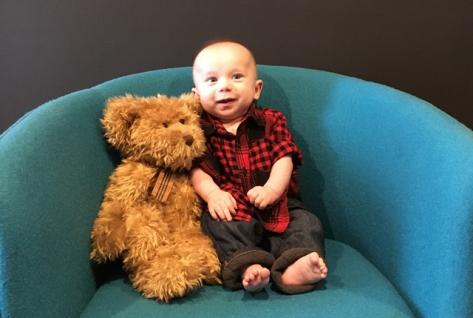 Despite a normal and healthy pregnancy, the day after he was born, doctors detected a heart murmur in Knox. “We were referred to pediatric cardiologist Dr. Rohlicek at the MCH and when he called us into a private room, I knew it wasn’t good news,” says Carol, Knox’s mom. Knox had a Ventricular Septal Defect, a large hole in his heart that would require open-heart surgery. Before undergoing the life-saving operation, Knox had to put on weight which was a challenge since his heart condition caused him to run out of breath making it harder for him to feed. “We did everything we could to ensure Knox was gaining weight. Life at home was very stressful, always watching for signs of deterioration due to congestive heart failure,”says Carol. Dr. Christo Tchervenkov performed a successful surgery on Knox at 11 weeks old, and although Knox faced some challenges after surgery, he recovered well and was discharged eight days later. “It’s hard to explain,” says Carol, “The entire experience was so intense and we were very afraid. But we were treated like family and the cardiology team carried us through. We had access to the best surgeons and care. There are not enough words to express our gratitude and we will never forget how much we received from the Children’s”. Today, “Life is as normal as can be with a healthy seven-month-old baby,” says Carol. 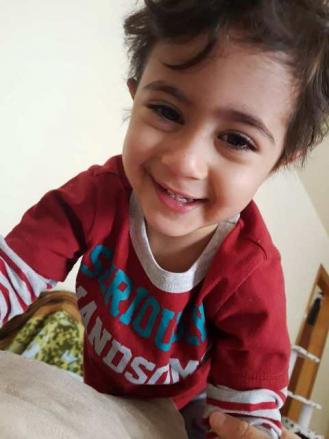 At only eight days old, Juliana noticed that something was very wrong with her son, “His face and lips started turning blue,” she recalls. She brought him to the Children’s where Erick was diagnosed with Tetralogy of Fallot, a rare congenital heart condition caused by a combination of four defects which prompted him to be followed by Dr. Luc Jutras. “The doctors said we did not have a choice, Erick had to be operated,” recalls Juliana. At 40 days old, Erick underwent open heart surgery performed by  Dr. Christo Tchervenkov, and spent 10 days in the hospital. During their stay in the Pediatric Intensive Care Unit, Juliana was given a blanket from another mother as a show of support. The gesture was so touching that once Erick was home and recovered, Juliana made blankets to distribute to patients in the cardiology clinic who were awaiting surgeryso that other parents could feel the same kind of support, “Having a sick child is not easy, but we must always maintain hope,” she adds. Today, Erick is three-years-old and is doing well. He enjoys playing ball hockey and being out in the snow. 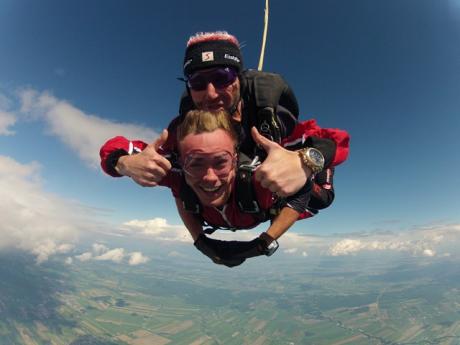 Now 21 years old, Martin is no longer a patient at the Children’s but like Knox and Erick, was cared for by the MCH cardiology team. Martin was born with truncus arteriosis, a rare congenital heart defect that required him to undergo open heart surgery at only nine weeks old. He underwent two more operations: at eight-years-old to have conduit and valve surgery and again, only four years ago, to replace the valve which his body outgrew.  Martin was followed by Dr. Marie J. Béland and but is now followed at the Maude unit of the Royal Victoria Hospital, and expects to undergo a few more surgeries to replace the conduit and valve. “My life is pretty normal, I don’t have to take medication, and there few restrictions on the activities I can do,” he says. Martin, who is enrolled in photography school at Dawson College, considers himself lucky, and lives life to its fullest. “I’ve flown planes with the cadets and even went sky diving!”