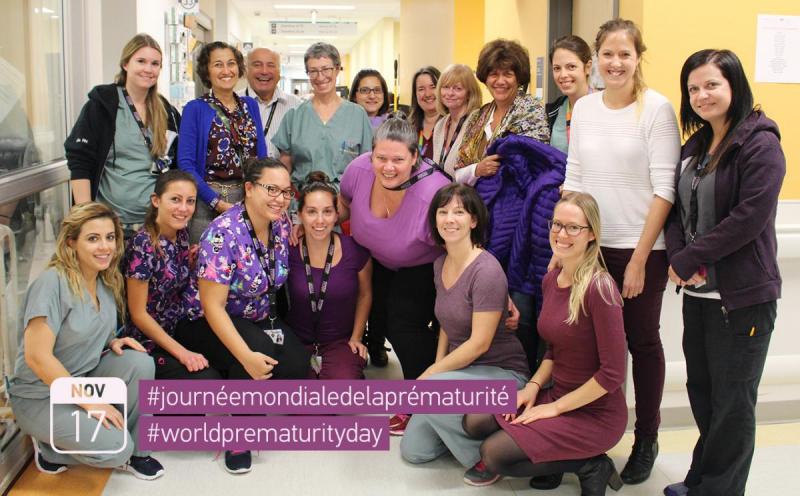 November 17th is World Prematurity Day, a day to highlight the millions of babies born prematurely every year around the globe. As a Level 3 Neonatal Intensive Care Unit (NICU), the Children’s cares for babies born as early as 24 weeks. Thanks to the expertise of our NICU team, which includes more than 100 staff members, preemies not only grow stronger day by day, they can go on to thrive. 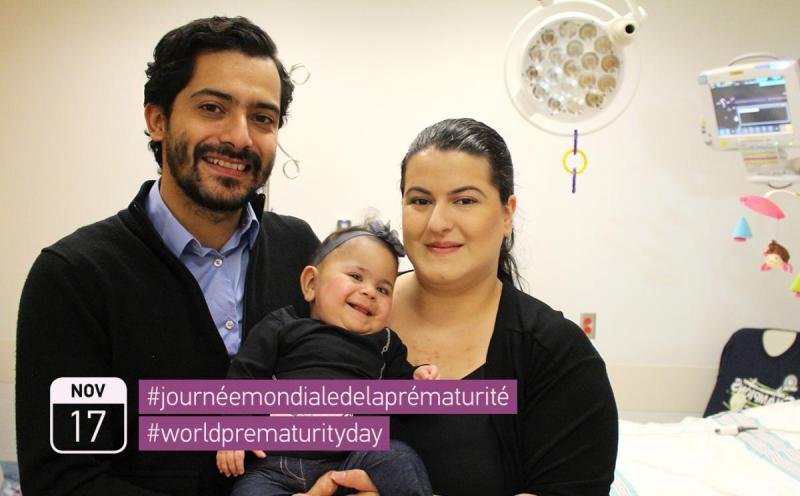 Maria was 20 weeks pregnant when she and Joshua learned that Ella was severely intra-uterine growth restricted (IUGR), which meant she wasn’t growing. A few weeks later, Ella experienced reverse blood flow, and was born very prematurely. She was immediately transferred to the Neonatal Intensive Care Unit (NICU). Ella’s first year has had its share of highs and lows. “When she was six months old, her belly kept getting bigger and bigger, and it began to compromise her lung function,” says Maria. After determining that Ella had a blood clot, the team recommended cardiac surgery. “It lasted six-and-a-half hours, but our little girl was so strong. She’s doing great now.” Ella now weighs 16 pounds, and Maria and Joshua look forward to going home for good any day now. “I don’t have words to say how great the NICU team is,” says Maria. “We feel blessed to have their care and support.” 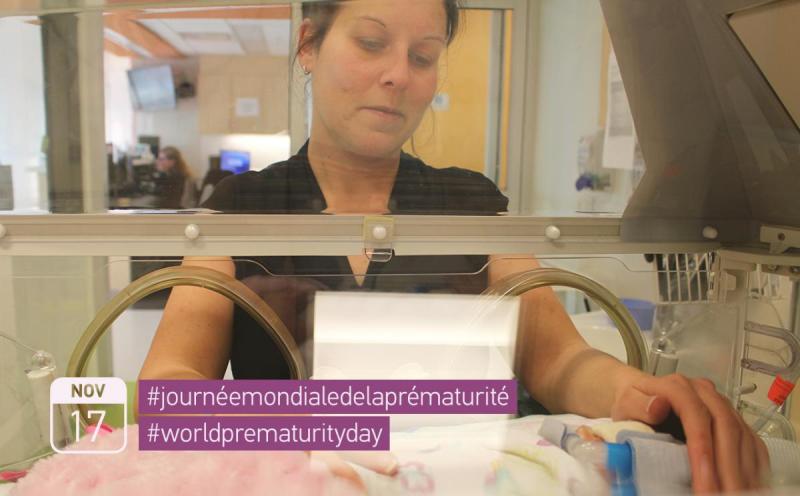 Bianca was just under 26 weeks pregnant when she gave birth to her daughter Mya on September 23rd. Bianca had to undergo a procedure to help prevent a miscarriage, but her membranes ruptured prematurely, which meant Mya had to be delivered early.

Mya weighed only 830 g at birth—just slightly under two pounds—and while her growth has been slow, she now weighs 1.4 kg. Mya was originally diagnosed with a grade 3 cerebral hemorrhage, but it has gradually reabsorbed over the past few weeks. While the experience has been stressful and tiring, Bianca appreciates the care and attention they’ve received in the Neonatal Intensive Care Unit (NICU) from the nurses, lactation consultant, doctors and specialists from other departments. Bianca also says the non-profit association Préma-Québec, which supports parents of premature babies, has been a very valuable resource. “Mya’s original due date was December 31,” says Bianca, “and I’m hopeful that we’ll be able to go home by then.”